You are here: Home > Archives for Professor Bart Staels 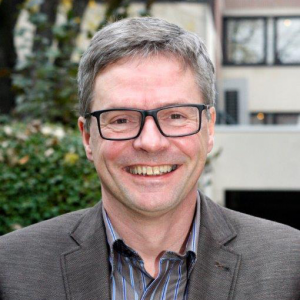 Professor Staels earned his doctorate at the Institute for Pharmaceutical Sciences, University of Leuven, Belgium. He completed postdoctoral work at the Metabolic Research Unit, University of California, San Francisco and was postdoctoral research fellow of the BioAvenir Project, Paris, France. He was Senior Member of the Institut Universitaire de France (2011-16). He is co-founder and board member of the European Genomic Institute for Diabetes (EGID, Lille). He is appointed European corresponding member of the National Academy of Pharmacy (2011-) and received the International Francqui Professor Chair (2013). Professor Staels is also co-founder of Genfit SA, and president of its Scientific Advisory Board.

Professor Staels has been awarded the Young Investigator Award of the European Atherosclerosis Society, the Bronze Medal of the CNRS, the Lifetime Achievement Award of the British Atherosclerosis Society, the pharmaceutical “Barré” 207 prize from the Faculté de Pharmacie of Montreal (2007), the French “JP Binet” prize from the Fondation pour la Recherche Médicale (2011), the “Distinguished Leader in Insulin Resistance” award from the International Committee for Insulin Resistance (ICIR; 2012) and the Laurens van Deenen lecture award at the International Conference on the Bioscience of Lipids (ICBL; 2017).

Professor Staels’ transdisciplinary research covers the fields of obesity, diabetes, hepatic and cardiovascular diseases focussing on molecular pharmacology of these cardio-metabolic diseases. He particularly studies the role of nuclear receptors (such as the PPARs, FXR, Rev-erba and RORa) in the control of inflammation and lipid and glucose homeostasis as well as the transcriptional mechanisms involved. Professor Staels was among the first to identify a crucial role for the nuclear receptor PPARa in the control of lipid and glucose metabolism as well as cardiovascular function in humans. He elucidated the action mechanism of the fibrate class of drugs used in the treatment of lipid disorders and worked also on the action mechanism of the glitazones, a class of anti-diabetic drugs. His work has identified the PPAR transcription factors as potential drug targets for the treatment of diabetes, dyslipidemia, cardiovascular disease and NAFLD, which contributed to the development of several novel therapeutic compounds, two of which (elafibranor and pemafibrate) are currently in phase III of clinical development. He has been invited speaker at most international congresses of the learned societies covering these disciplines, including the European Atherosclerosis Society, the International Atherosclerosis Society, the American Heart Association, the European Association for the Study of Diabetes, the American Diabetes Association, the International Diabetes Foundation, the European Association for the Study of the Liver and the American Associations for the Study of Liver Diseases meetings. He is past-president of the Nouvelle Société Française d’Athérosclérose (NSFA; 2009-2011).

Professor Staels is also reviewer for numerous international journals. He contributed to the organization of congresses such as the “International Symposia on PPARs”, the NSFA annual congress and was chairman of Keystone Symposia on “Metabolic Syndrome” and “Genetic and Molecular Basis of Obesity and Body Weight Regulation”.

To date, Professor Staels has published >900 papers, including 220 review articles, published abstracts and several book chapters. He received the ISI citations award, ranked in the top 35 highest publishing French researchers in the French 2007 Necker Institute dossier (2000-2005), in the 2018 Highly Cited Researchers list of Clarivate Analytics and in the Google Scholar h-index 2019 list (#314 ) (citation number of 62 107; h-index factor of 127 and average citation of 66/article).