You are here: Home > Archives for Professor John Chapman (Co-Chair) 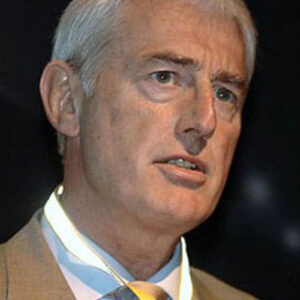 M. John Chapman BSc (Hons), PhD, DSc, EFESC, is Research Professor at the Sorbonne University, Director Emeritus of the National Institute for Health and Medical Research (INSERM) at the Pitié-Salpétrière University Hospital in Paris, France, Professorial Fellow at the Baker Heart and Diabetes Institute in Melbourne, Australia, and a Past-President of the European Atherosclerosis Society (EAS). He is an Emeritus Fellow of the European Society of Cardiology. Professor Chapman undertook his undergraduate studies at Aberdeen University and Doctoral studies at the Courtauld Institute of the Middlesex Hospital Medical School, University of London. He subsequently trained in cardiovascular lipidology at the Cardiovascular Research Institute of the University of California Medical Center, San Francisco, at the Gladstone Foundation for Cardiovascular Disease in the same city, and in the laboratory of Profs M.S.Brown and J.L.Goldstein at Southwestern Medical School, Dallas . He acted as President of the French Atherosclerosis Society from 2000 to 2006. As President of EAS from 2009 to 2013, he actively supported the development of new Joint Guidelines for the Management of Dyslipidemia with the European Society of Cardiology initially launched in 2011 and revised in 2016 and 2019. As Co-Chair of the EAS Consensus Panels, he has spearheaded initiatives on Lipoprotein Lp(a) and on atherogenic High Triglyceride / Low HDL dyslipidemia as  major cardiovascular risk factors, on the underdiagnosis and undertreatment of heterozygous familial hypercholesterolemia (FH), on homozygous FH, on FH in children and adolescents with emphasis on optimal detection and treatment, on the Genetics of  Hypertriglyceridemic states,  on plant sterols and stanols in the management of dyslipidemia and prevention of cardiovascular diseas. The most recent EAS Consensus papers have focussed on intolerance to statin therapy and notably statin-associated muscle symptoms, and on the causality of LDL in the pathophysiology of atherosclerotic cardiovascular disease. These initiatives have been published in prestigious cardiovascular journals of high international repute.

John is Associate European Editor of “Pharmacology and Therapeutics”, and a member of the Editorial Boards of “Arteriosclerosis, Thrombosis and Vascular Biology”, “Journal of Lipid Research”, and “Atherosclerosis”, He is Co-Chair of the PCSK9 Education and Research Forum, and Past-Chair of the ASPIRE Research Awards initiative on PCSK9 biology in health and disease.  He has authored some 500 publications and book chapters, and has co-authored an authoritative treatise on High Density Lipoproteins, entitled “HDL: Structure, Metabolism, Function and Therapeutics” (Wiley). Prof Chapman has presented plenary conferences worldwide as part of his dedication to international educational initiatives in lipoprotein biology and therapeutics at their interface with the pathophysiology of atherosclerotic cardiovascular disease.

His research has contributed to further understanding of the metabolic and functional heterogeneity of triglyceride-rich lipoproteins, LDL and Lp(a) particles and their roles in atherobiology, and to structure-metabolism-function relationships in HDL subclasses in healthy subjects and in dyslipidemic states associated with high cardiovascular risk. The mechanisms of action of pharmacological agents (statins, fibrates, CETP inhibitors, PCSK9 inhibitors) in attenuating atherogenic dyslipidemia are a central focus of his interests. His present research is focussed on (i) the intravascular metabolism and pharmacotherapeutic modulation of the atherogenic apoB-containing lipoproteins, and (ii) the structural heterogeneity, molecular composition (proteome and lipidome) and functionality of native and recombinant HDL in health and disease, with a view to optimisation of their anti-atherosclerotic activities.